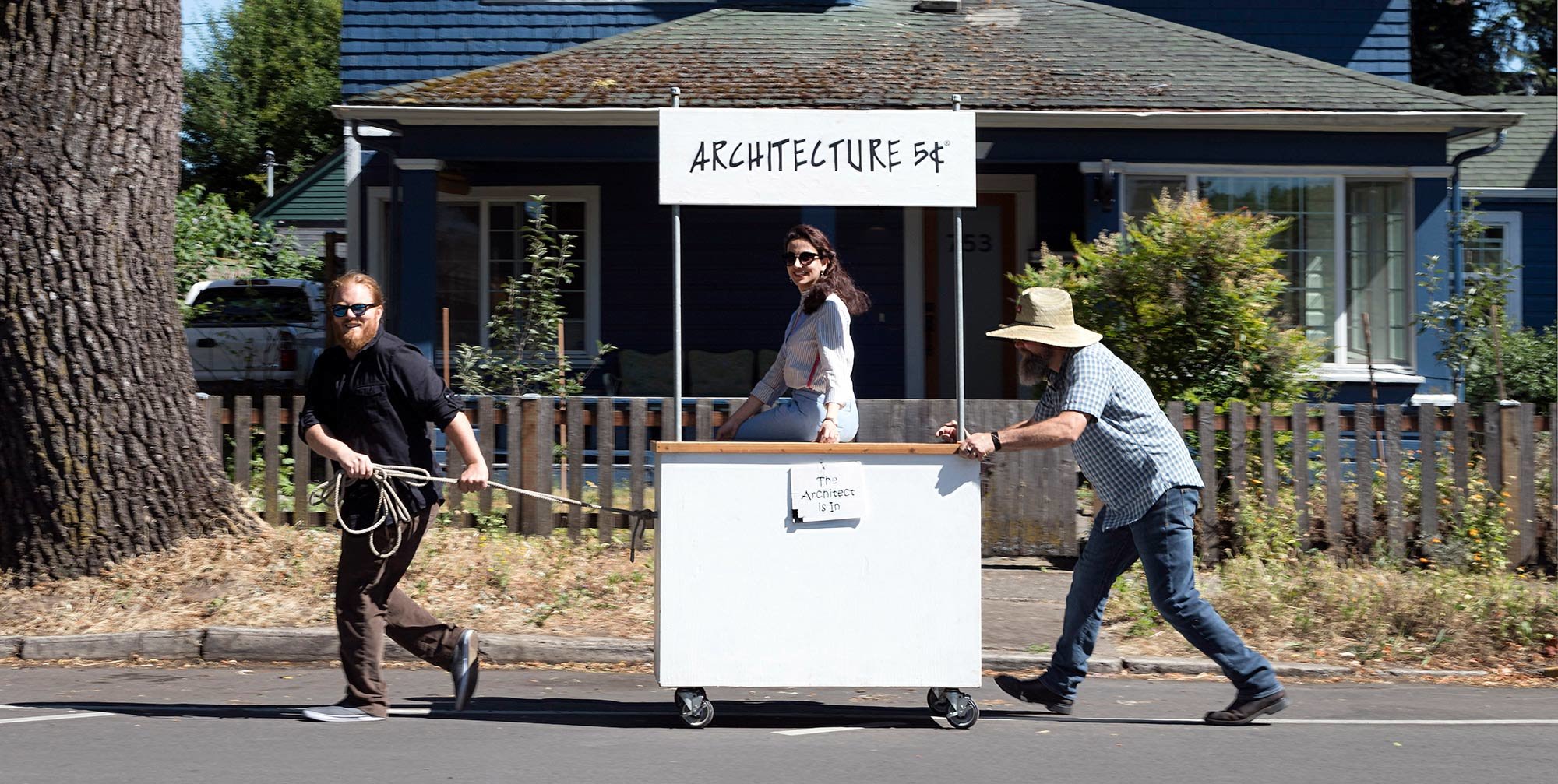 A big shout out to Architecture 5¢ founder and architect John Morefield for his inspired idea of bringing architecture to the people, and for sharing it with us all those many years ago! When he found himself out of a job in 2008 during the recession, instead of sitting around waiting for the economic crisis to pass, John put together a simple plywood booth, built to resemble Lucy’s psychiatry stand from the Peanuts comic strip, and starting hawking architectural advice at the Ballard Farmers’ Market in Seattle. During the downturn, the days of having work magically show up at our door were over, and we too were forced to find or create our own jobs if we were to survive. Following John’s lead, we built our own booth and started pushing it around town to set it up wherever we could .. and, wouldn’t you know it, it brought in some work and carried us thru a hard time! To this day, even though we might not need it as much as we did back then, we still honor the spirit of the booth, use it when we can, and share it with our local AIA community. Thanks John! 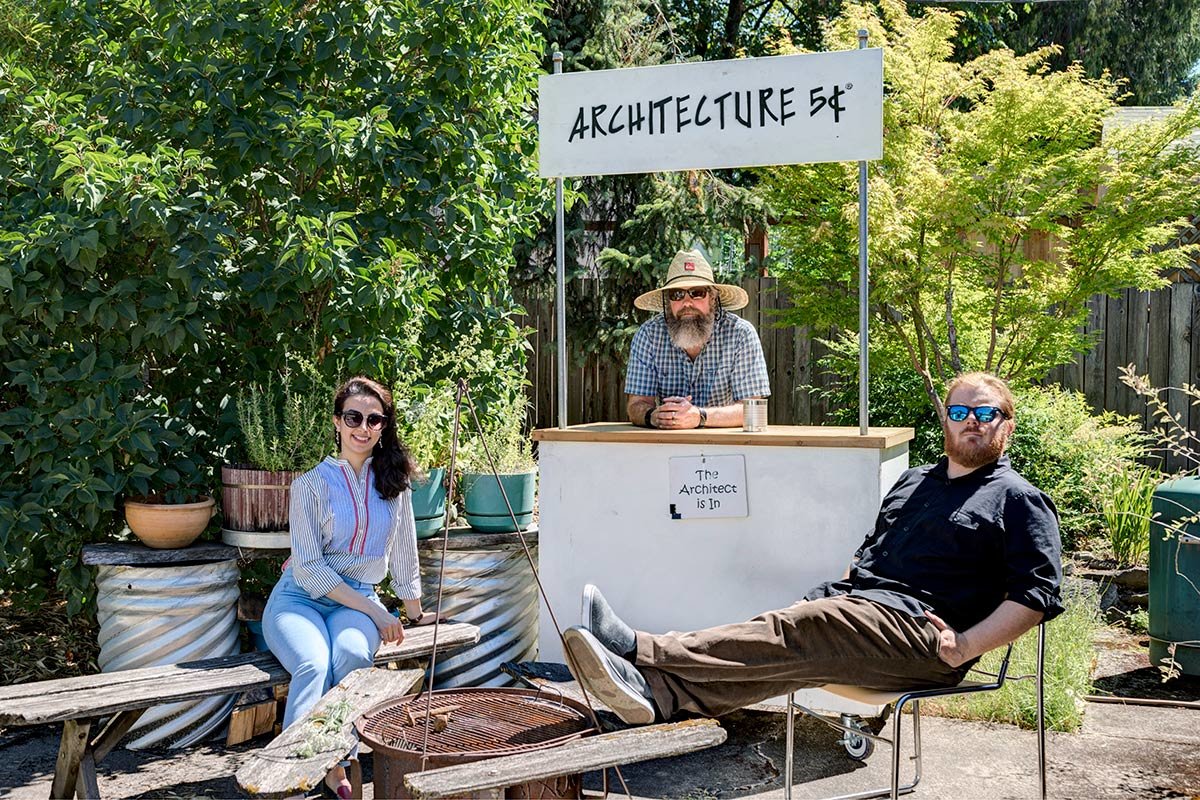 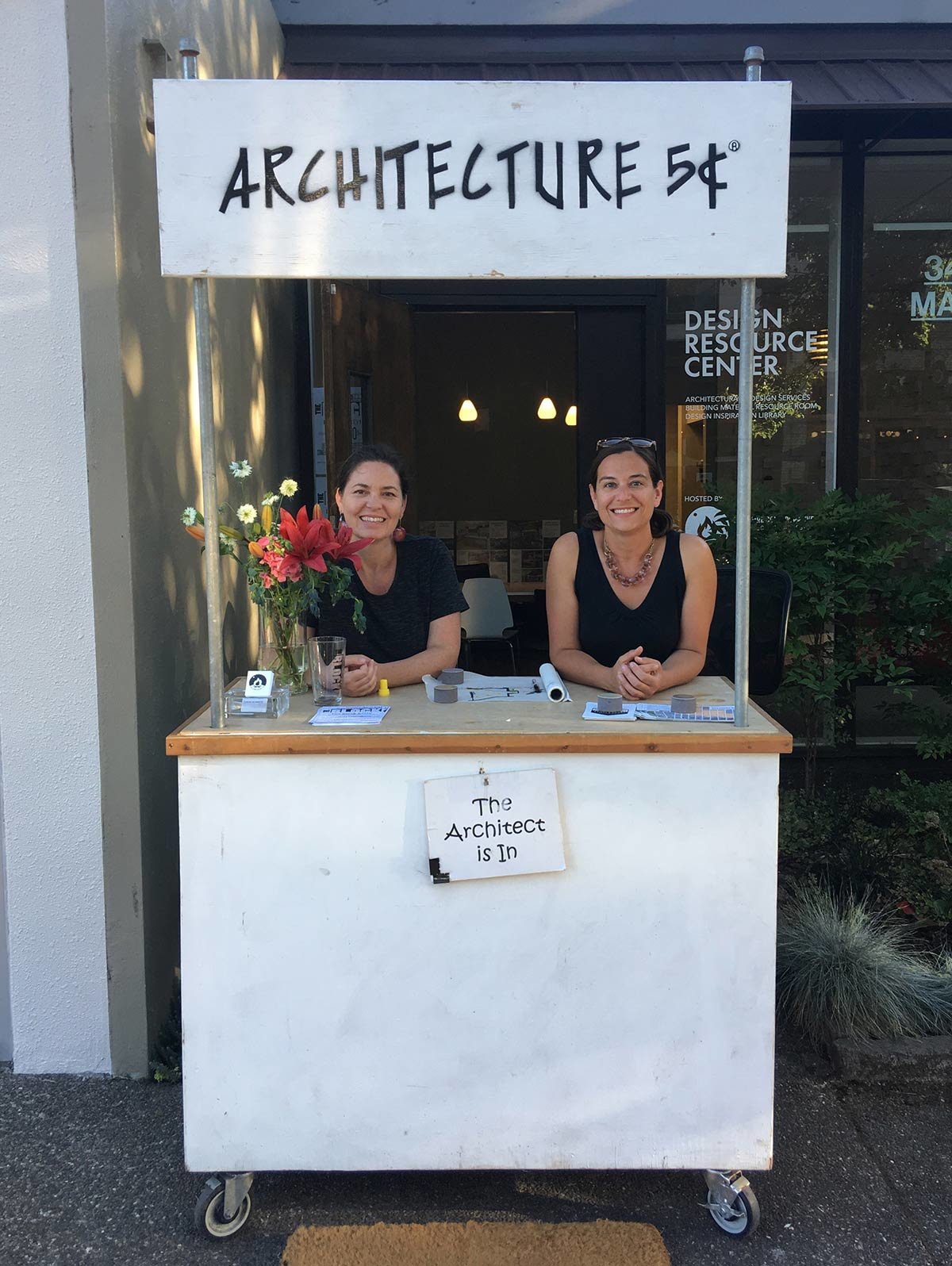 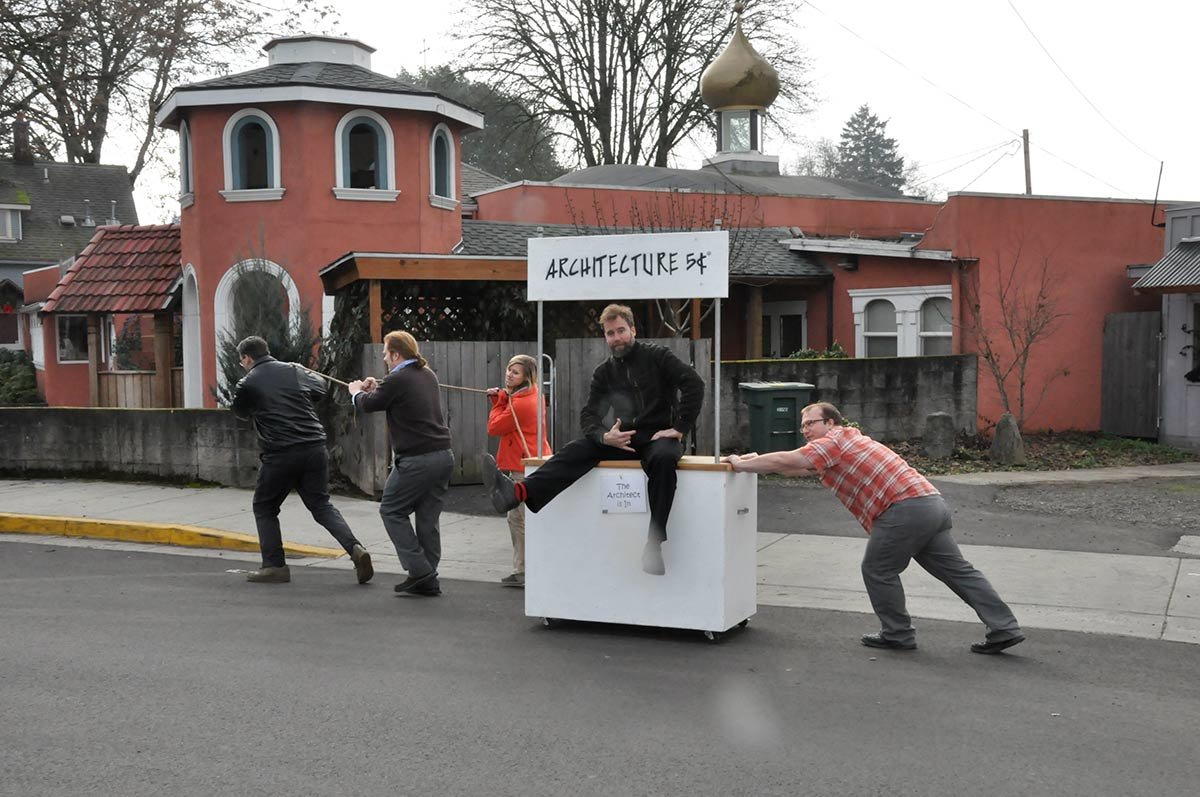 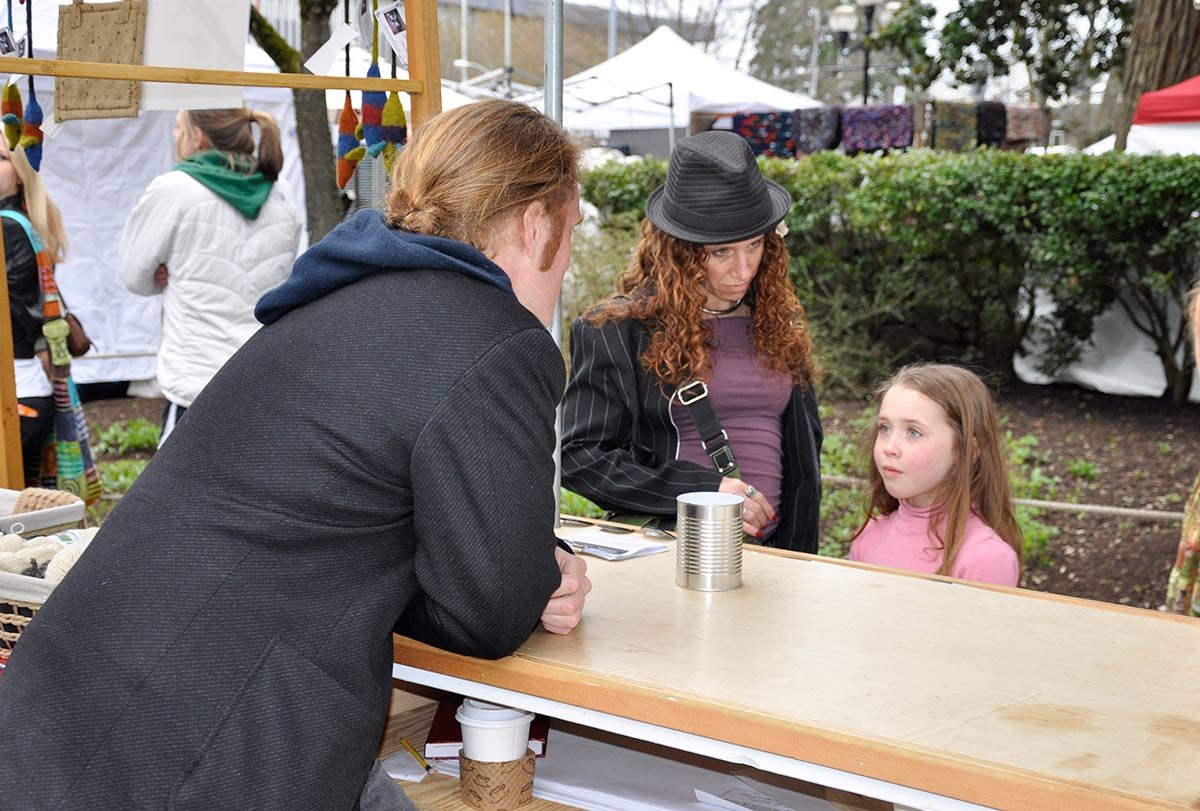 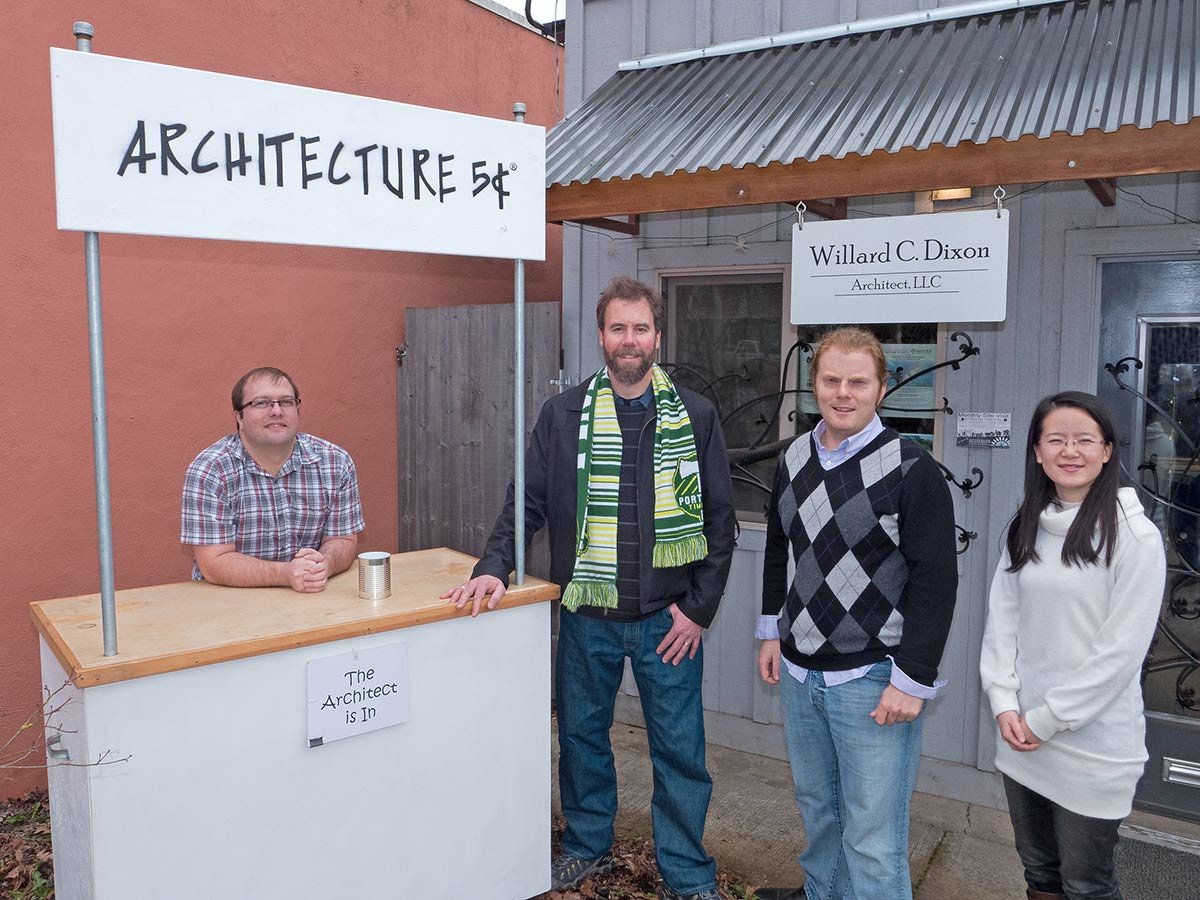 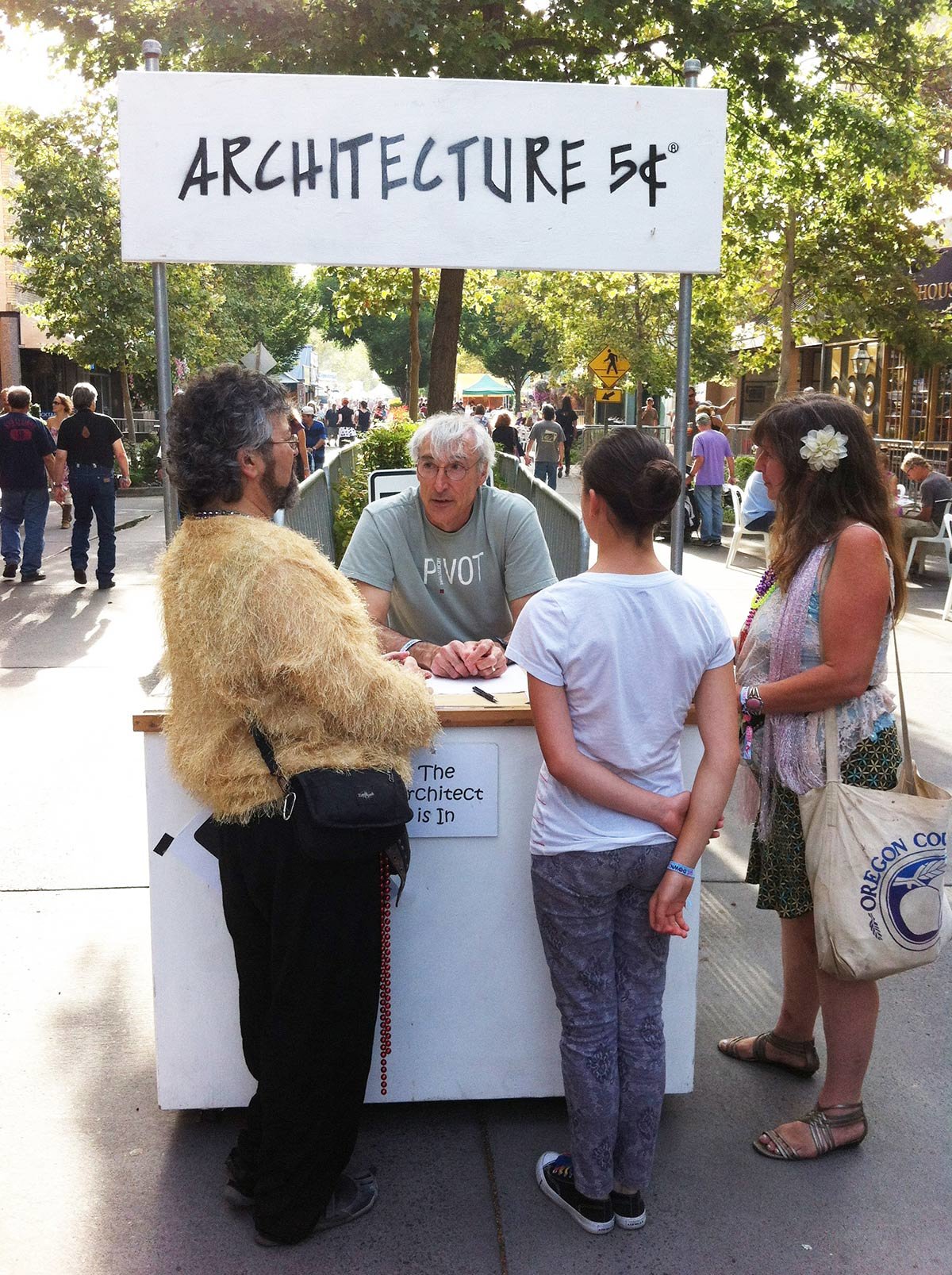 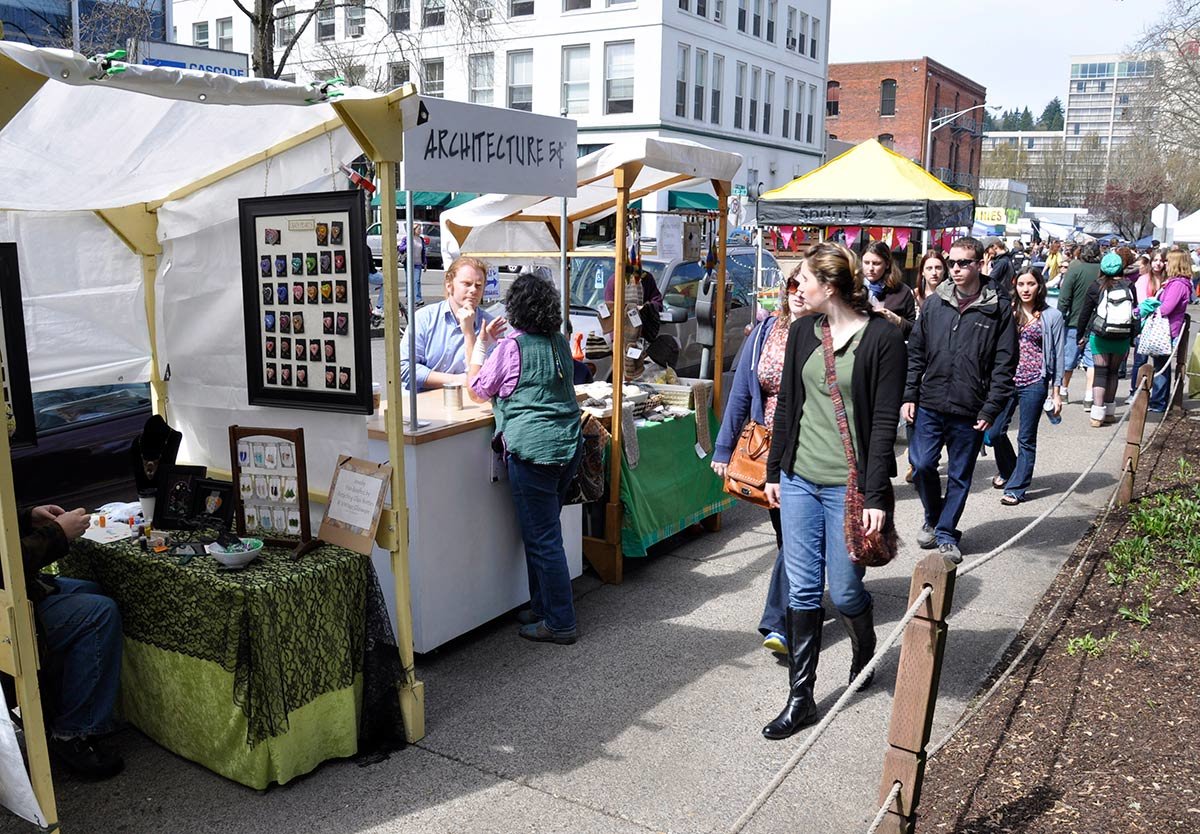 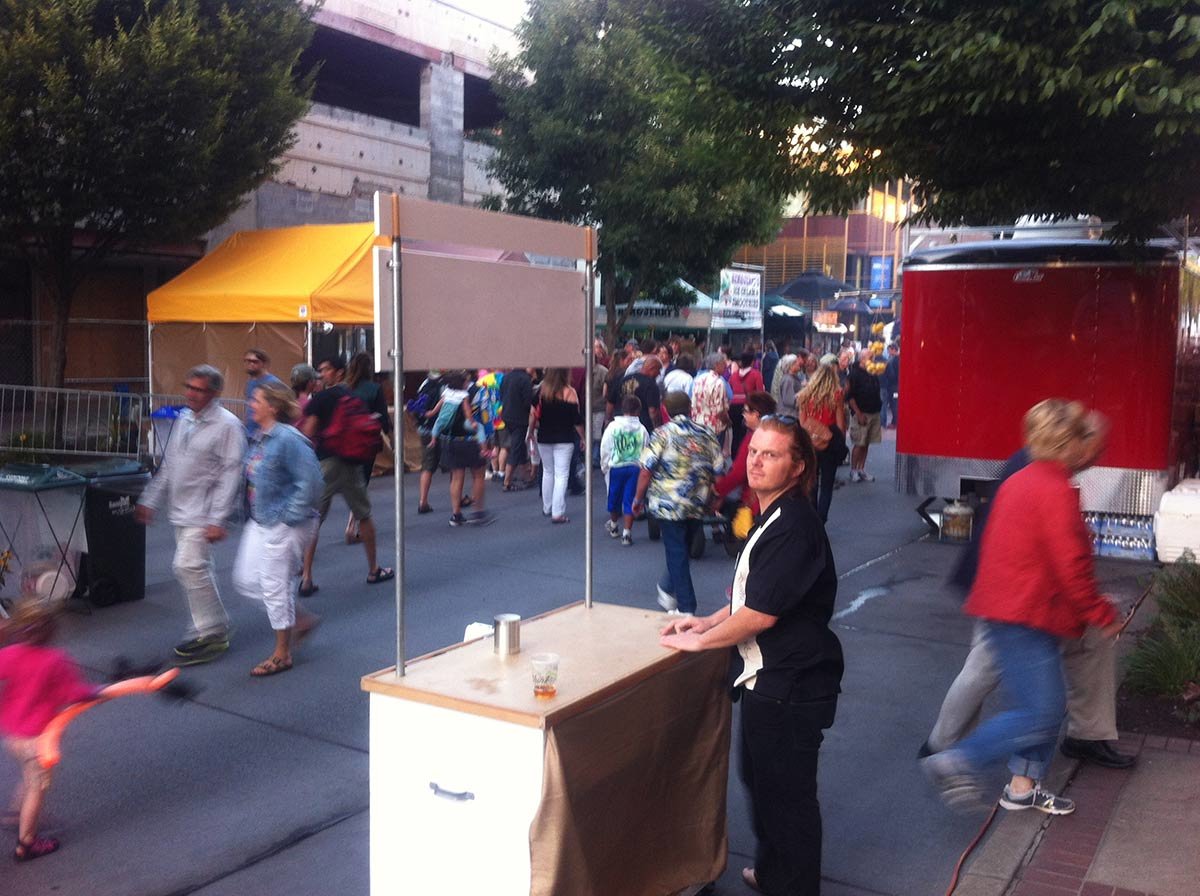 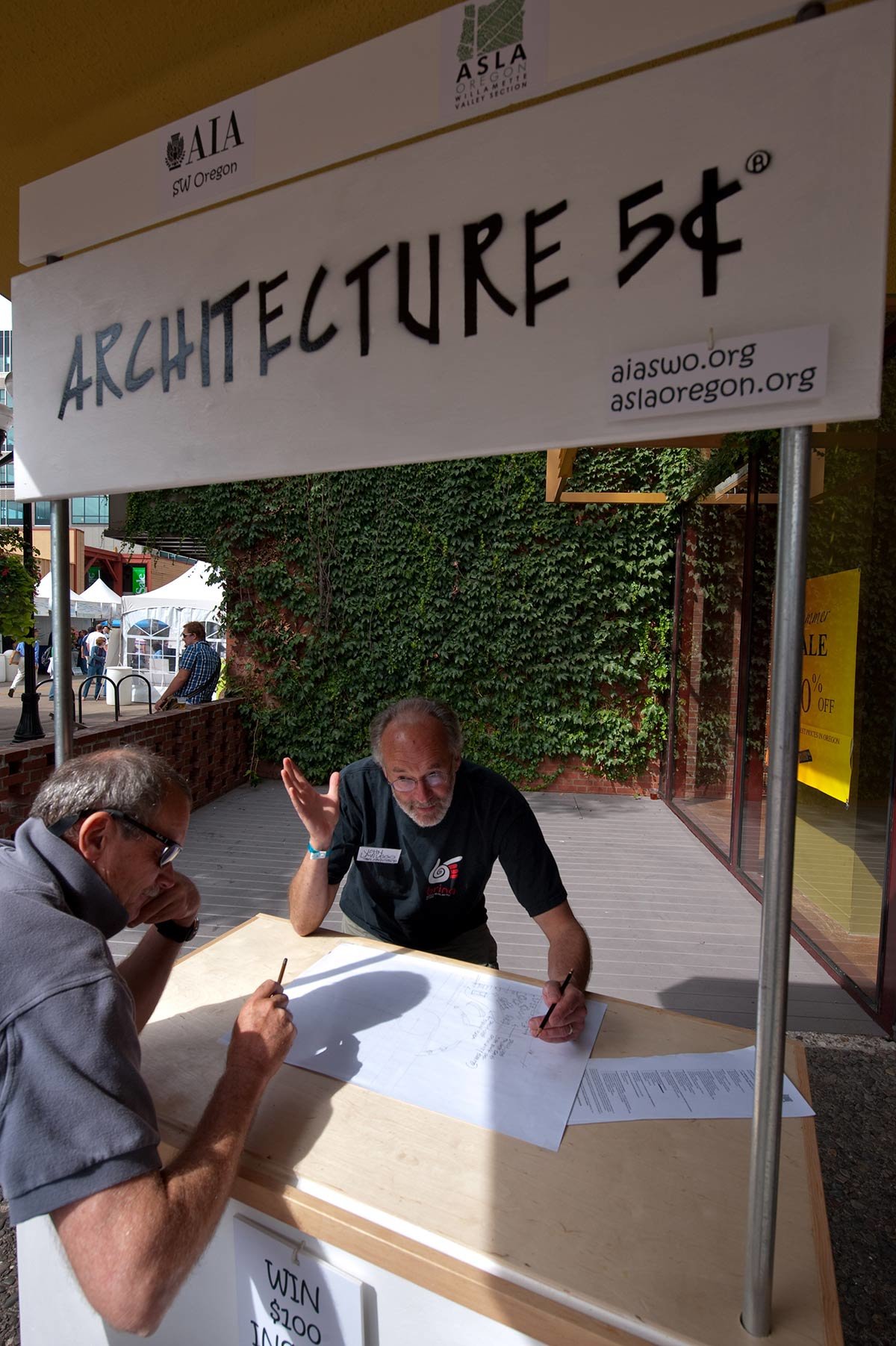 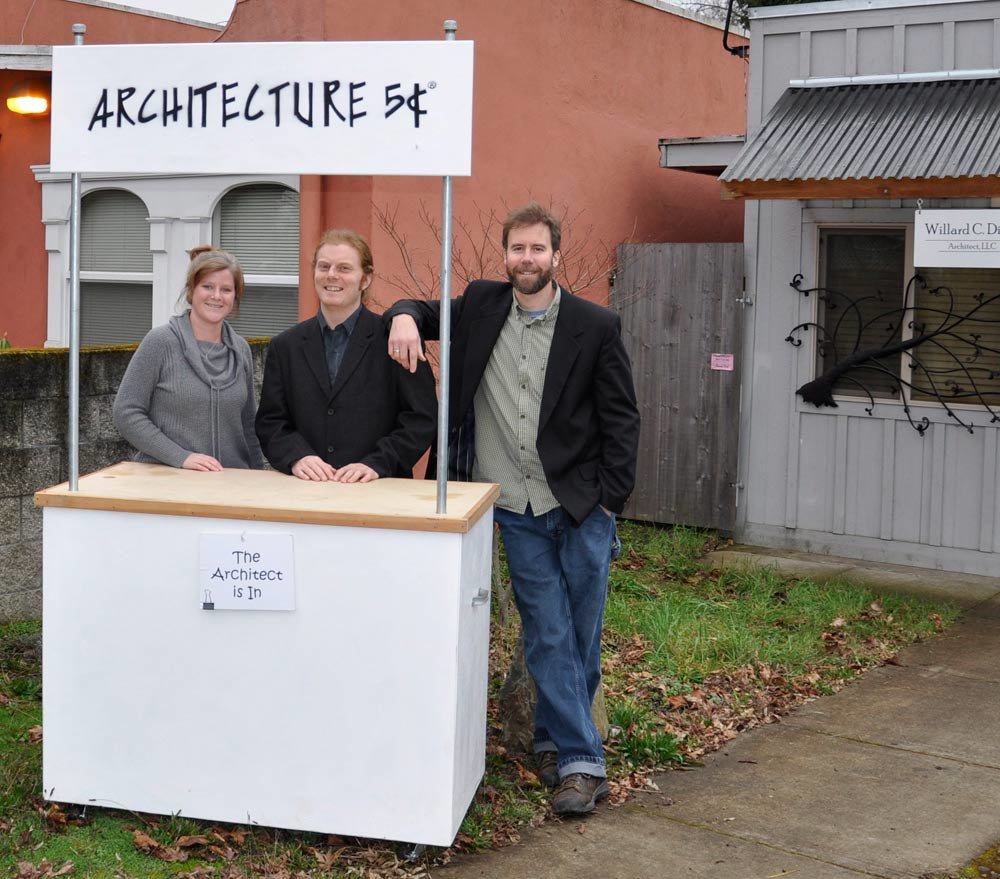 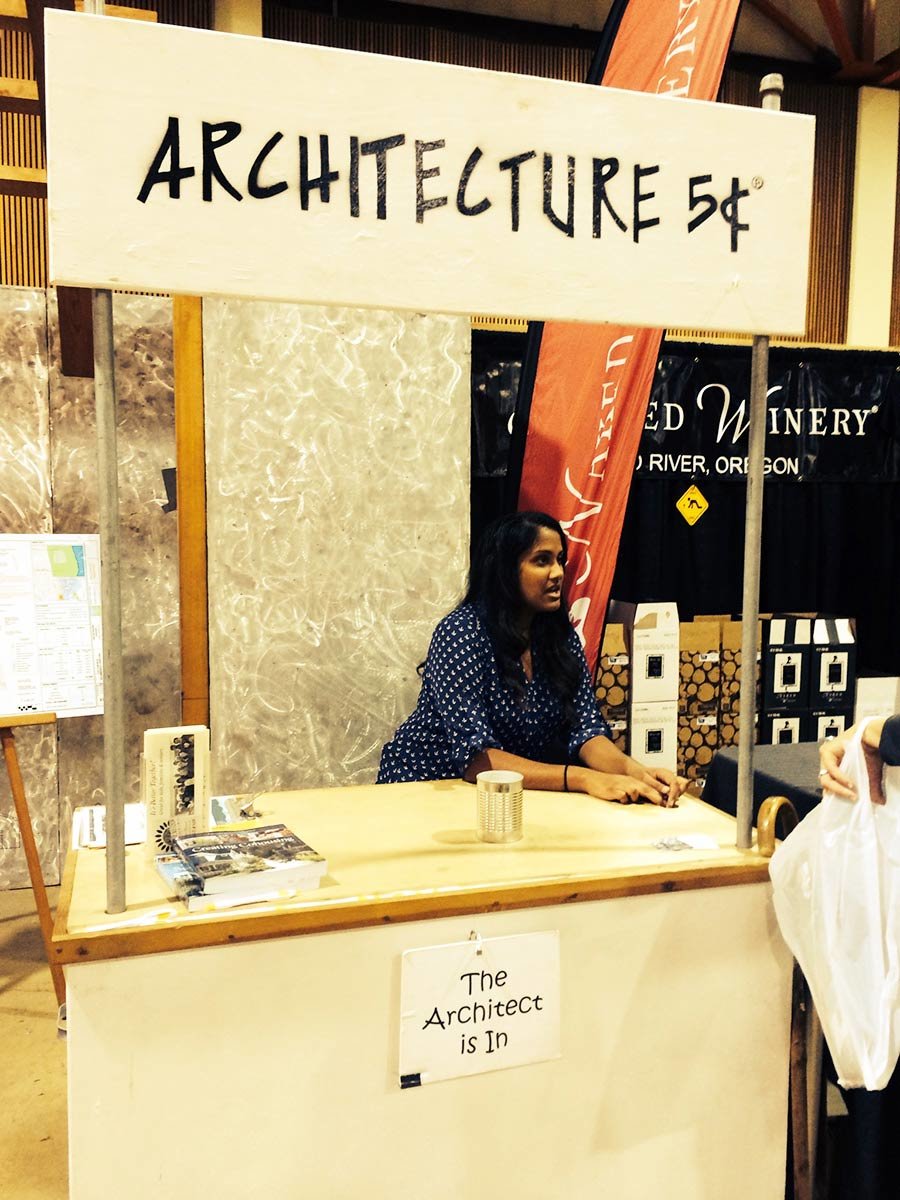 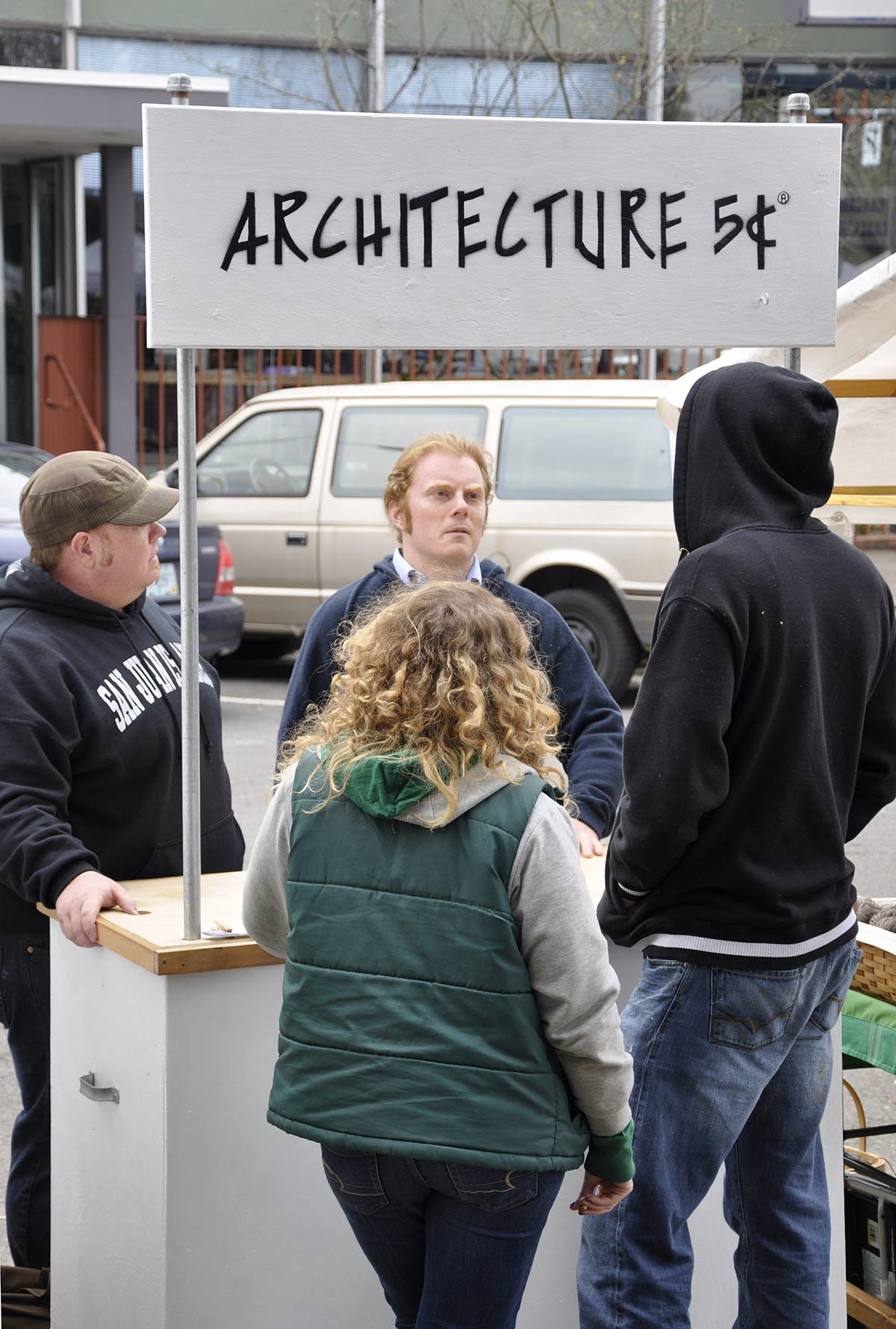 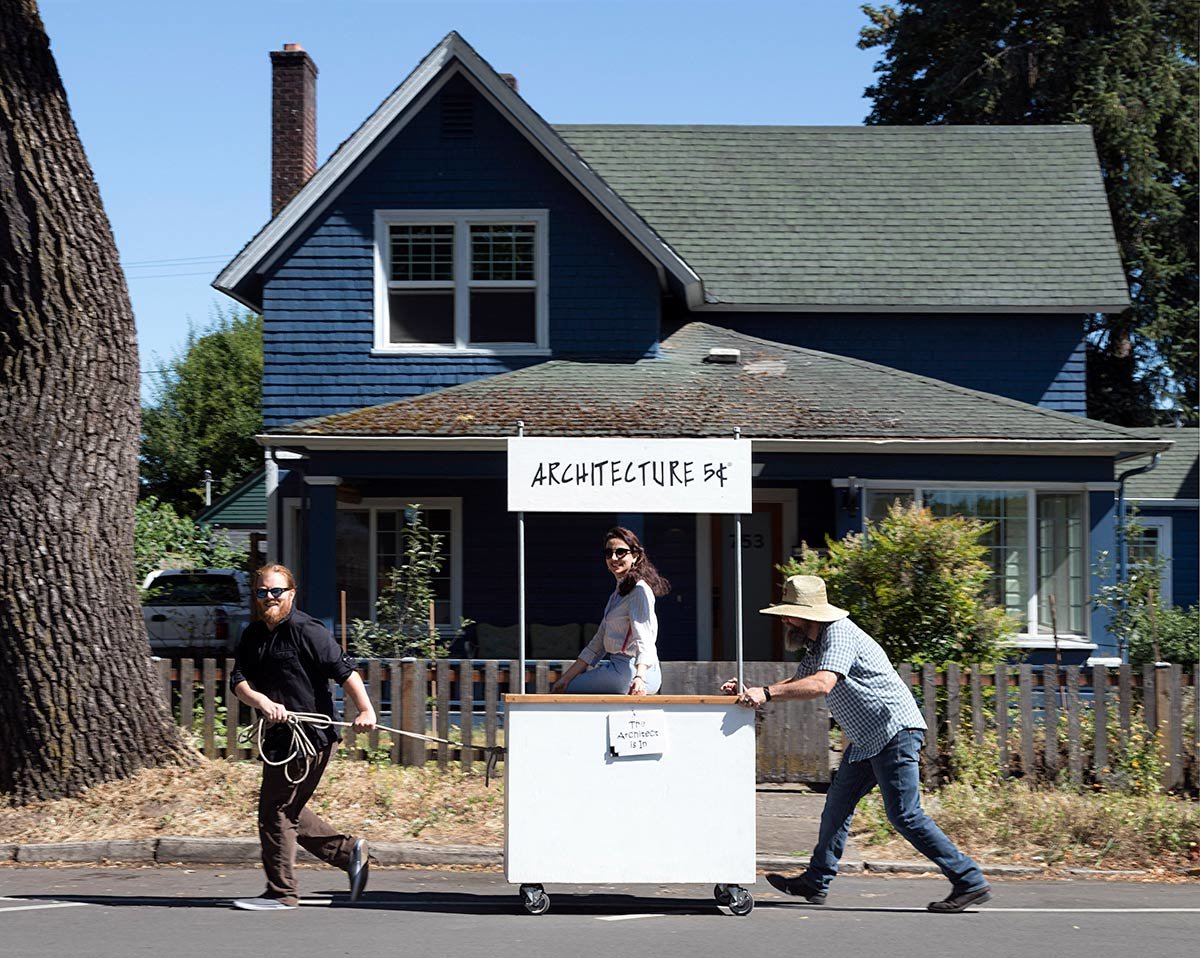